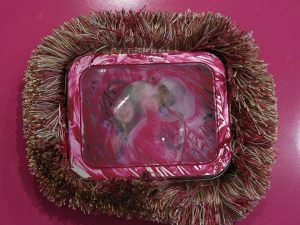 “excretion” from 2012 performance/installation at AACC.

The audience participates in the creation of new works (“excretions”) via the Mottled Emigrant apparatus, a mechanical entity that feeds off of detritus to create new works of art. The artist inhabits a tent-like pupaestructure for the duration of 1-3 days with a few supplies:  a manual typewriter, paint, tape, string and smoke machine. The audience is invited throughout the days to feed non-perishable items they wish to discard of through the mouth-like slot at one end of the structure. Once “fed”, these items are, altered, combined, transmuted and excreted, generating new works every 15 minutes, at which time a puff of smoke is released and the new works emerge from one end of the structure. This decidedly low-fi piece calls into question artist and her role in the existing economy of mass production, efficiency and originality. The shrouded artist plays into the mystification of the artist and of creativity. The Mottled Emigrant’s clumsi, yet efficient performance deals with the absurdity imposing existing capitalist production model onto the creative process. 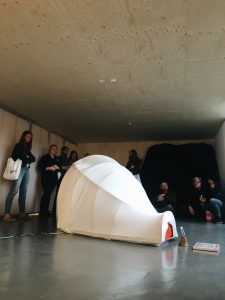 Performed/ installed at Copenhagen Contemporary International Arts Center, for Copenhagen Art Week in 2016.  Previously, it was  performed/installed in March – April, 2012 at CADE Art Gallery, Anne Arundel Community College, Arnold MD as part of the Spins/Flux exhibit, Jun 15 – Aug 15, 2013 at DCenter, Baltimore MD as part of Baltimore From Many Perspectives. 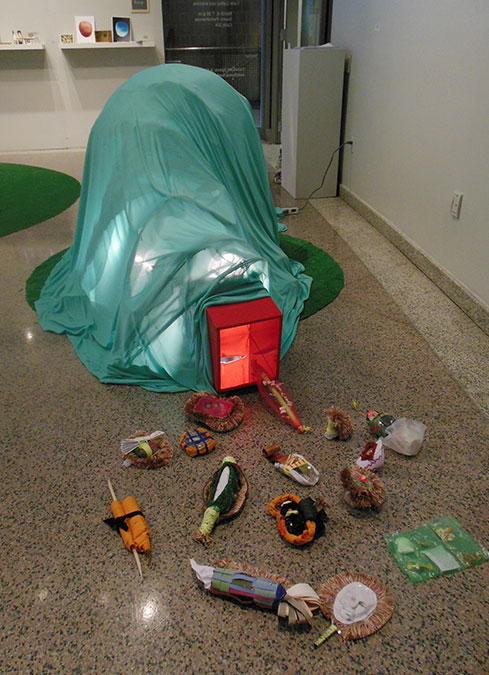 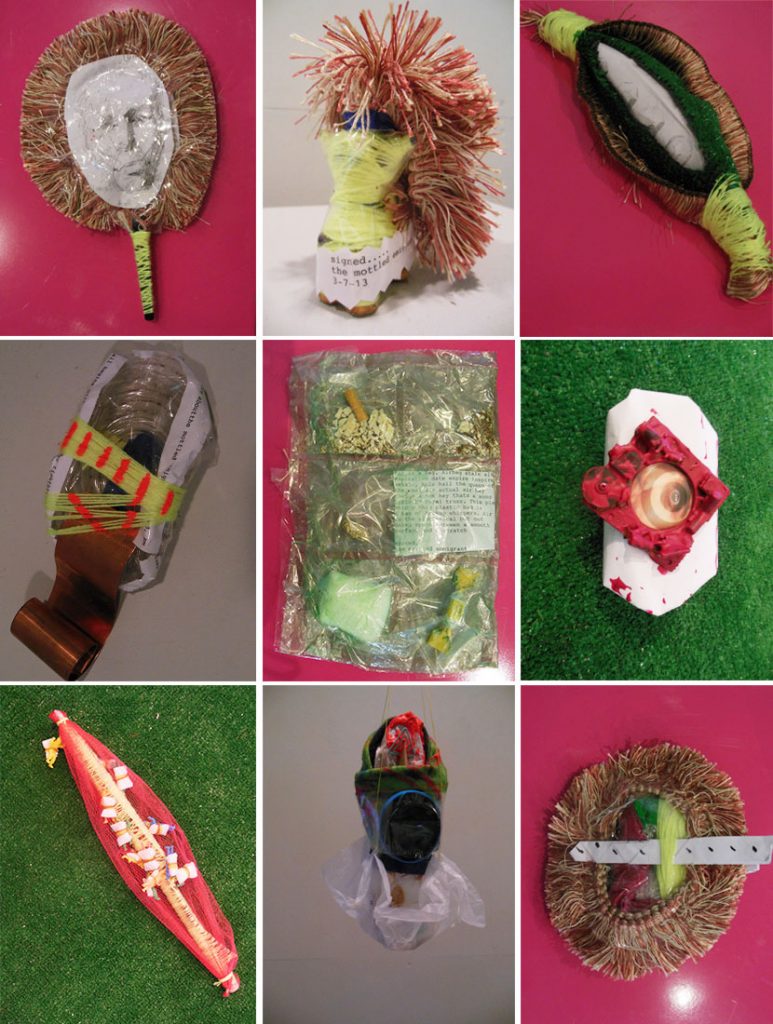 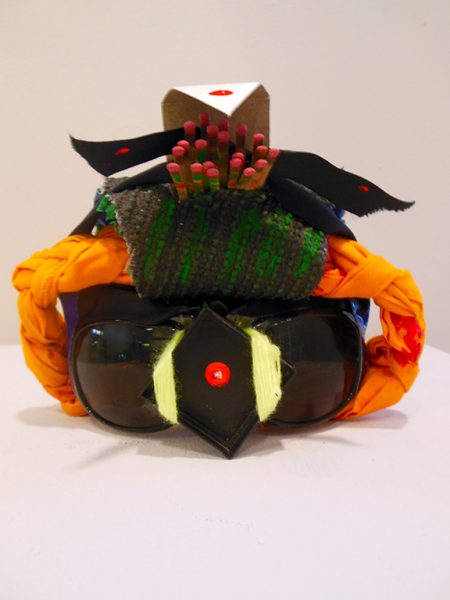