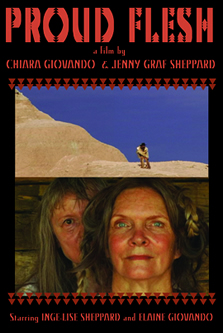 Proud Flesh, 2009. Short feature with original soundtrack. Produced in collaboration with Chiara Giovando. The film, an experimental Western, was shot in the Badlands and Baltimore. It features an aging female gunslinger seeking revenge, who through the un-hinging of the narrative finds something else instead. Exploring aging and agency, gender and genre, the film offers the viewer subtle perceptual shifts, using cinematic techniques to calling into question the diegesis of the film itself. The original soundtrack to the film was released as an LP by Ehse Records in 2009.

Violence, guns, blood and loneliness, all are ingredients of the common genre Western, however, and without breaking the settings of original, historical backdrops, place and costumes, carefully collected from local sources, the film sets out into a totally different direction than the adaptations of Hollywood Western drama we know of. Neither is it a funny parody of that genre. Rather, the (mostly) silent human interactions in the movie are staged in more abstract, ritual ways invoking reflections on the symbolism of the characters instead of the psychology of drama. The title “Study of Ritual and Time” ­ and with it the work of Maya Deren, early avant-garde filmmaker ­ may come to mind. Like Deren, by using female main characters and abstracted acting, and unlike Deren, who later travelled to Africa for ritual studies, the filmmakers successfully try to have their own take onto American myths by setting the film into the historical time of their own homeland, and how it can be cinematically revoked, today. — from Praise for Proud Flesh, by Klaus W. Eisenlohr, Director’s Lounge, Berlin 2009. 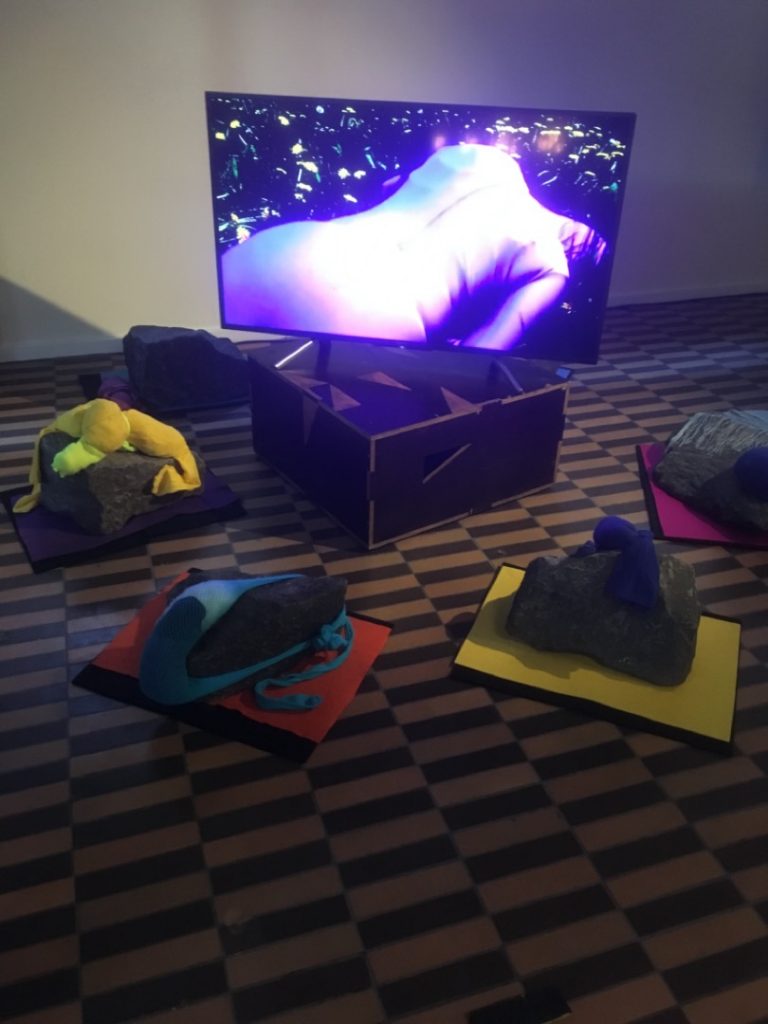 Jenny Gräf Sheppard and The Stone Carving Oraclestra: ‘Delivery of Stones’ from Christian Brems on Vimeo.

This collaborative video is a part of Stephanie Barber’s performance/installation JHANA AND THE RATS OF JAMES OLDS. The piece is a confounding history or review of a museum’s collection, it’s stories and value.