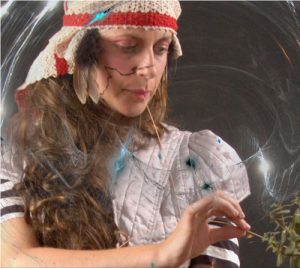 Jenny Gräf is a musician, artist and sound researcher based in Copenhagen.   She activates peripheral places and states through sound composition, improvisation and participatory works. In Gräf’s music and art she invokes immersion and rupture to explore changing perceptions of diegesis and space, formal choices rooted in a deep interest in social behaviors and perceptual fields.

Gräf has produced sound and video work from projects she designed with people with Alzheimer’s such as The Guitars Project and The Hilgos Project to explore agency within the context of memory loss. She has created a number of pieces that explore social behavior within the context of server/consumer dynamic in pieces like Threshold for Action and Sound, where the audience’s menu selections generates a score for the musicians and food servers. In 2009 she formed The Stone Carving Oraclestra, which uses Experimental Archeology and the use of phonemes to channel sonic “readings” for members of the audience. In Channel Mist, a mobile Fragrance factory on a boat in the Copenhagen canals, the audience is instructed to harvest harbor water for use in the production and auctioning off of water in front of the old West Indies Pack House. In 2009 she premiered Proud Flesh, an experimental Western shot in the Badlands of South Dakota that contains an original score by Gräf and collaborator Chiara Giovando. In 2009 she was commissioned by Experimental Sound Studio in Chicago to create Osmosymbiotic Echo, a sound installation for ferns, inside the Chicago Lincoln Park Conservatory’s Fern Room. For this she worked to stimulate plants, with wing-beat patterns and sonic frequencies that stimulate stomatae of plants to open.

Gräf often performs her music and work in venues throughout the U.S. and Europe.  For a link to some of her releases: https://jennygraf.bandcamp.com/

Jenny Gräf is involved in a number of research projects that work on developing sonic methodologies she calls Sounding.

From 2018 – 2020 she led the research project Sounding Bodies: Researching Resonance in and Between Bodies, funded by the Danish Ministry of Culture and culminated in the Sound Forms Symposium which took place in Copenhagen. https://soundingbodies.kunstakademiet.dk/

She is currently a PhD fellow at University of Copenhagen and Royal Danish Academy for Fine Art with her project Communicating Vessels: Re-defining Agency through Sounding. This is funded by a grant from Novo Nordisk Foundation. https://kunstakademiet.dk/en/schools-and-institutes/institute-art-writing-and-research

She is currently leading the research project titled Sonic Orientations, funded by the Danish Ministry of Culture, a collaborative project, which involves the building of an Ambisonics (3D sound) chamber for experimental artistic research that works to explore sonic subjectivities. More information on her PhD and other research can be found here: http://jennygrafsheppard.com/phd-research/ 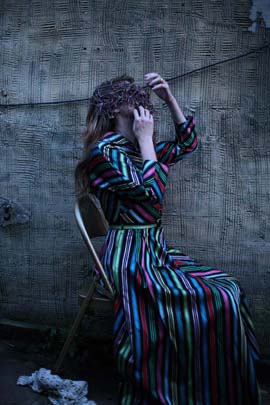